No Doubt – Settle Down 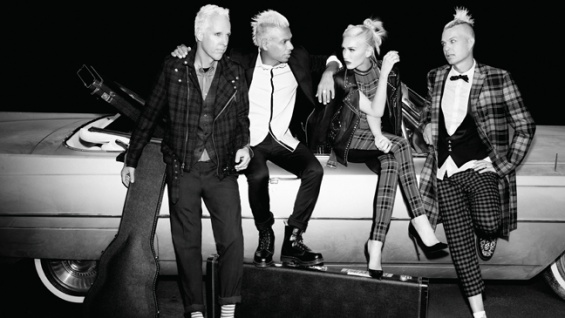 Despite having released nothing for nine years under No Doubt, Gwen Stefani has been anything but quiet. Writing songs about oscillatory processes, “Hollaback” Girls and running around with Harajuku Girls probably made most fans willing to cut their fingers off if it meant that No Doubt got back together. And so here they are – fan fingers still intact – with their first single off upcoming album Push and Shove.

Opening with what sounds like the soundtrack to a dramatic scene in a Zelda game, the tune meanders into Stefani’s repetitive ‘eh-eh-eh’, a sound that would probably be played over the tannoy if Nicki Minaj established a dictatorship. However, No Doubt are having none of that and the ‘Settle Down’ launches into a catchy ska-pop tune, filling a No Doubt shaped hole that has resided over the last decade. ‘Nothing’s going to knock this girl down.’ Stefani has not lost her attitude. The song also never loses momentum, leaving it to fit in neatly with the band’s older output.

Settle Down is not a classic. It is catchy, that is for sure, and the band stay true to their ska roots while driving in fresh directions; where those are remain to be seen on the rest of Push and Shove. But this is a fairly strong comeback that could oh so easily have gone the wrong way. Let’s hope they keep it as such and do not end up recruiting the Harajuku girls, god forbid.

Push and Shove will be released on Interscope on September 25th.

Tagged with → Interscope • No Doubt • Settle Down • Ska-pop