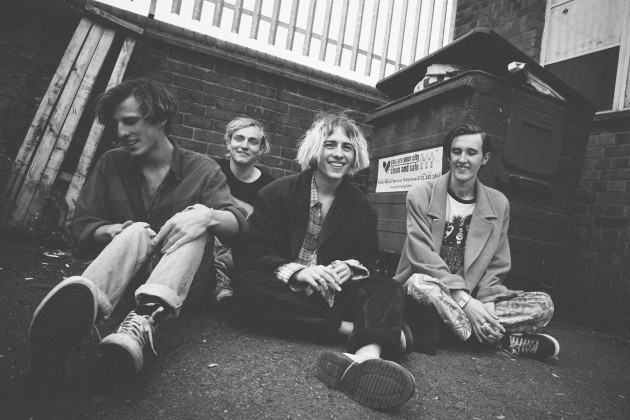 If you think Swim Deep have been making waves all over the country in the past year, then it seems fitting to liken their reception at their home-town gig on Friday to something of a tsunami.

Opening with their first single ‘Honey’, it was no more than thirty seconds until I, and everyone around me, was swept into a current of wide-eyed bodies drenched in musical vitamin C. We desperately tried to remain upright whilst soaking up the sunny vibes that the B-town boys seem to carry around in their amps. With choral chanting of the jangly dreamy trip-pop mantra: “DON’T JUST DREAM IN YOUR SLEEP IT’S JUST LAZY”, it became apparent that the crowd were anything but.

It seems as though they couldn’t have given themselves a more apt name; ‘Beach Justice’ & their Led Zeppelin cover of ‘Down By the Seaside’ were just the calm before the storm until finale, ‘King City’, when people were drowning in the crowd. As we were thrown about over and under each other stampeding towards a very dazed Cavan McCarthy, he found himself groped, prodded and poked from every direction by a sea of very keen and… er… ‘loyal’ fans.

Birmingham once again finds itself on the musical map. Digbeth is quite rightfully earning itself a reputation as a hipster tourist destination. Leaving with souvenirs of scraps of bunches of flowers, Cavan’s dirty sock, and a beer can that got thrown at my head, what more could you possibly ask for from an evening?