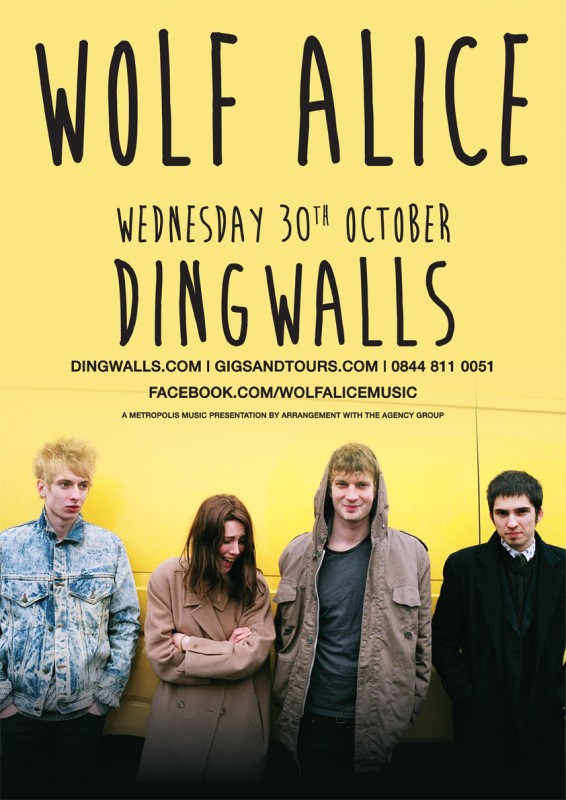 North London’s Wolf Alice, the band winning hearts and minds with their insatiable brand of guitar pop, have announced a special London headline show for 30th October at Camden Dingwalls.

The show – their largest headline to date – follows the band’s extensive UK tour, with a sold out show at The Lexington as well as stand out performances at The Great Escape and Dot To Dot festivals affirming the group as one of the hottest around today.

Wolf Alice’s new single ‘Bros’ is out now through Chess Club Records. Wolf Alice are far from a one hit wonder band however, so don’t forget to also check out some of their other equally infectious tracks such as ‘Every Cloud’, ‘White Leather’, ‘Fluffy’ and ‘Leaving You’.