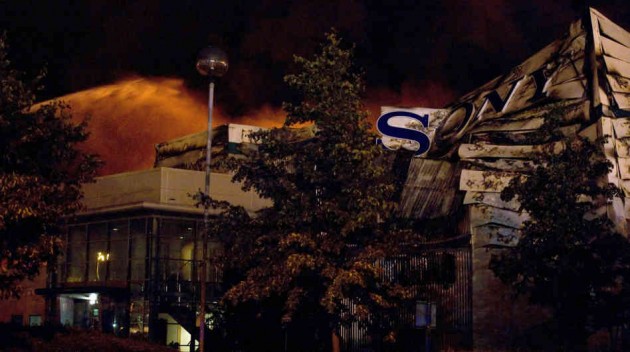 It became apparent early yesterday morning that the last three days’ of riots, looting and general moronic behaviour in the capital has dealt a crushing blow to an already ailing independent music industry. While the country’s mainstream news channels reported on the blaze at Sony’s distribution centre in Enfield, labels such as 4AD, Beggars’ Banquet, Domino, Sonic Cathedral and XL Recordings were left counting the cost of huge amounts of stock ruined. All in all, over 150 labels and offshoots were affected in the PIAS warehouse fire, a list of which has been published here. Some labels have lost entire back-catalogues of music, while others have seen their future releases schedules in tatters and some, like Loose Music, have lost everything in the fires.

Donation sites have been set up to support these labels, whilst some sites have published suggestions of records that can be bought from the labels affected in order to ease the financial implications of the losses. We like The Quietus’ own list, which you can find here, and we urge you to buy at least one record if you can spare the money. While the spirit of these indie labels can never be destroyed, it looks likely that the sheer financial effect of their losses could see some of these excellent labels facing the threat of going under.

In a show of our own support, here’s a selection of tracks from the fantastic Sonic Cathedral: