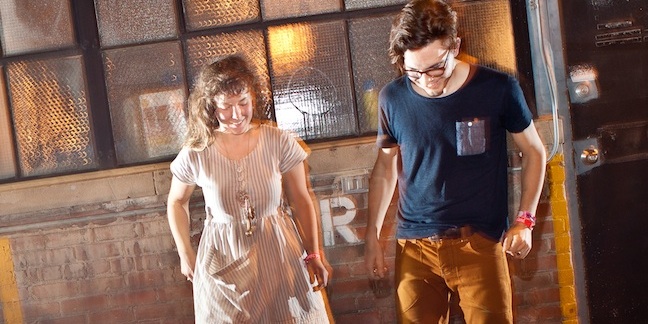 These guys have really been whipping up a storm across a lot of the indie blogosphere, as well as being one of the most hotly tipped bands to emerge from SXSW for their previous singles ‘Ungirthed’ and ‘Lofticries’. Their latest release, ‘Obedear’, follow it perfectly: it has the same futuristic/minimalistic feel, the same foreboding yet strangely addictive tone and an equally ambiguous and enigmatic title. Their deep synths, light dub and ethereal vocals, cements them firmly in the same vein as Grimes, as does their roots in Canada, and presents obvious similarities with AlunaGeorge however, they add to it such an ominous, haunted feel and beautifully intelligent lyrics it becomes unmistakeably their own. ‘Obedear’ is their fourth released song and ups the hype even further for the release of their debut album Shrines, expected on 24th July through 4AD Records which should hopefully conclusively prove they’ve got many more honey-coated, synth-soaked tunes.