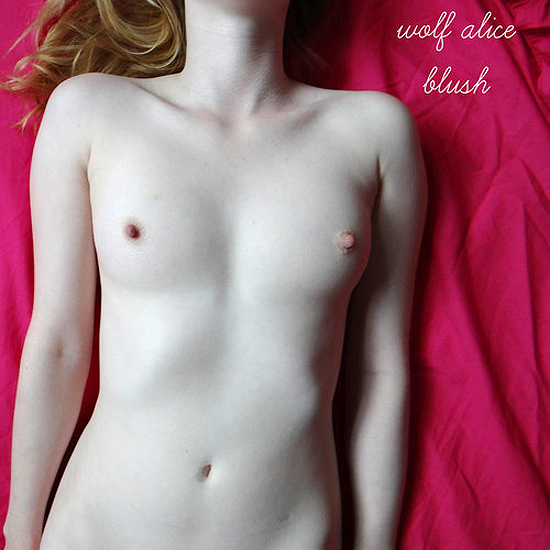 The EP opens with title track ‘Blush’ which begins with some rather high-pitched vocals for Rowsell, the kind that remind me of a Kate Bush track. To start with it feels a little awkward, but gradually the song eases you in and it gets really quite addictive. Here Ellie Rowsell demonstrates (once again)her niche of creating, beautifully intriguing lyrics as she croons ‘To be happy somehow/Are you happy now?’

‘She’ was unveiled to the world about a month ago and came out all guns blazing. It’s the one track on the EP that really stands out as different from the others. It’s full of angst and emotion, pure pop-rock. It’s the heaviest track they take ownership of and personally I think it’s their best. A rumbling bass riff leads ‘She’ while Rowsell’s ghostly vocals edge through with a ripping guitar riff.

‘Nosedive’, for some reason reminds me of the kind of track that would echo in the back of a scene in a nineties’ chic-flick. And everyone loves a nineties’ chick-flick. It’s soft and sweet, with an innocent feel.

On ’90 Mile Beach’ front-woman, Ellie’s whisper-y vocals once again take centre-stage. This is by far the band’s most psychedelic track, with an added ‘beach’ feel. It’s a graceful and calming-ish end to their first masterpiece.

Overall, I personally think it’s a ‘grower’ of an EP. On your first listen you might feel somewhat disappointed, but after the third play, you’ll be truly digging it.

Blush, along with its possibly NSFW art, is released on limited edition 10″ via Chess Club on October 7th.