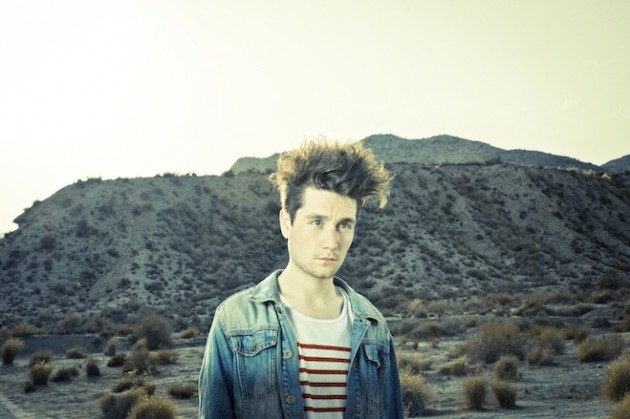 So last month Bastille released the Flaws EP, and with it came this spectacular new video for the crazy-good headline track. The original video, a montage of the 70s movie, ‘Badlands’ (edited by Dan himself on his laptop) was pretty fitting for the song anyway. However, this new official replacement is far more intriguing. Dan (the lead singer, songwriter and producer) never imagined he’d be shooting a music video at five o’clock in the morning on a beach in New York’s Coney Island. Proving the front-man’s expectations wrong, this predominantly electro-orientated pop song is becoming seriously hyped – and for all the right reasons.

There’s a sense of ambiguity; how do the lyrics (“You have always worn your flaws upon your sleeve”) relate to the visual? The thematic mystery of Dan’s storytelling, however, is completely consistent within the band’s line of music videos. The general idea is that it follows the video for ‘Bad Blood’; we rediscover Dan where we left him – after being drowned, he’s now washed up on the sand surrounded by crime-scene tape and detectives. Strangely, the end of the video sees him returning to the scene of his own death, as though his time with the skeleton-faced girls represent his last day on earth before he’s gone for good. Unless it’s all a dream, or something. Who knows? Except the fact that it’s a quality video, it’s hard to tell what on earth it all means, really.

The concoctions of slow motion footage and swooping camera angles fit Bastille’s unique sound perfectly. That blend of raw, extended vocals and delirious synths that make up the euphoric chorus, accompanied by the sunsets and funfair imagery just give you that arms-in-the-air feeling. You can watch it below.

The track and remixes are available now on the Flaws EP via Virgin Records.