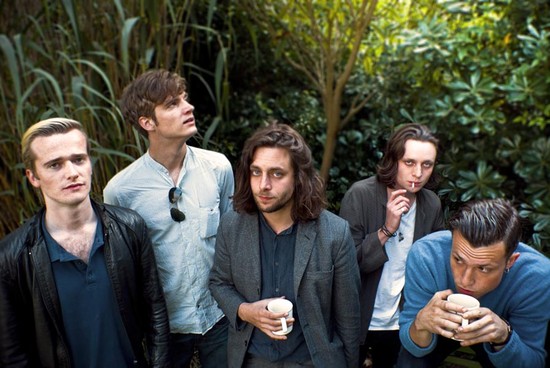 Landfill indie is such a derogatory term. It’s always felt like some allusion to musical genocide. Granted, back in 2006ish, when that unabating influx saw bands rise out of any muppet who could play a chord and strike a pose, it seemed like guitar-based music would never recover. And then, just as suddenly as they appeared, everyone forgot about them. Except for the genuinely good ones. The Maccabees are one of those bands. We’ve been licking our Maccabee lips for a while now, waiting for the first offering from their third studio album, Given to the Wild, and yesterday ‘Pelican’ dropped on Zane Lowe’s Radio 1 show. Marvellous. So we gave it a listen. More marvellousness ensued. There’s no drastic departure from sound, with everything we first liked about them remaining. But it’s all a bit more beefed up, and grown up. It’d sound massive in a small venue. It’ll sound massiver (?) in a big fuck off venue like Wembley. Sure, they’ll still get a rollocking off boring hipsters for not being innovative enough, but The Maccabees have a proper fun soul. A danceable soul at that. And you can’t dance to the sound of exploding watermelons now can you? It’s looking like nobody’s favourite band are about to become everybody’s favourite band in 2012. Given to the Wild is set for release on January 9th. Stick that one in your diary.