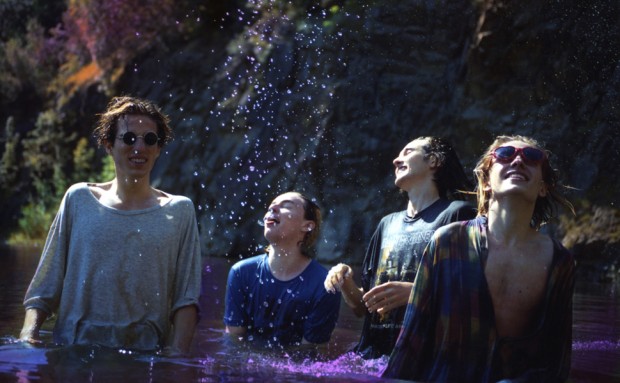 If the intro to Swim Deep’s new track ‘The Sea’ sounds as familiar to you as it did to me, then I’ll hopefully be doing you a favour by suggesting it sounds like a sunnier version of ‘The Funeral’ by Band Of Horses. Of course, that comparison stops after the first few bars, and instead of lamenting like the aforementioned, ‘The Sea’ explodes into a shimmering, jangly pop song. It’s completely inappropriate for this time of year, and, whether to its credit or not, manages to evoke the emotions of those polaroid summers that none of us actually had. Even if the ‘summery feel’ is just product of an airy cliché made up by musos to pigeonhole this brand of indie, it’s an inescapable evaluation of Swim Deep. By sidestepping the en vogue nineties revival ever so slightly, either purposefully or through ignorance, it feels to me like ‘The Sea’ has become a track that’s too midsummer, and too NME to be remembered after the sun goes down.