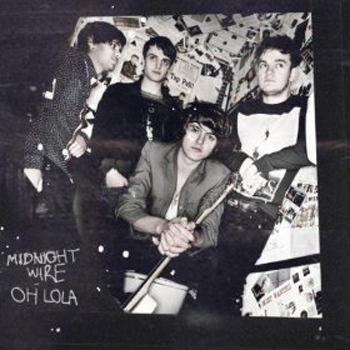 Introducing Midnight Wire’s debut single ‘Oh Lola’. Now the reason I have the privilege of coming across this up and coming indie band is that I helped produce the music video as part of scratch disk productions. Whooo Yay.

Enough faffing, now not usually being into indie music I still feel this is a rather stellar track that deserves your attention. As a four piece band I think they produce enough impact without needing all the extra’s that a lot of bands add these days. Sticking to the standard instruments they have created a catchy little number that works well as a first single. I also love the ending I think the slowing down makes a nice change to the rest of the tune.

The single is available to download on Itunes as well as Amazon & Play .