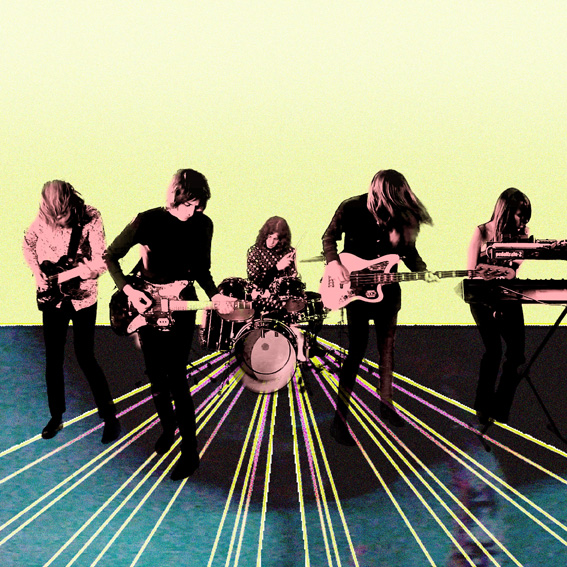 It’s true, the upstairs of Norwich’s stickiest venue doesn’t exactly lend itself to loud, even loud-ish, music; it’s tiny, the curtains at the side remind you of your nan’s caravan and there’s two bloody sofas in the middle. They are leather, mind you. Plush.

And so it was with some trepidation that two representatives of the DYC clan went in search of the nascent sounds of TOY, covered with a wealth of praise on this very site over the last few months and not without some momentum behind them following the well-received release of their eponymous debut LP. In a positively sweltering room, they ploughed through seven tracks from that record, gifting the crowd with a new’un too. The trouble is, in a room not that much bigger than the average scout hut, there’s only really one sound ringing out: intense, chest-compressing reverb. Though that made it difficult to discern one track from another, it certainly made it all the more sweeter when the swaying hooks of the likes of ‘Colours Running Out’ did cut through to enliven an oddly mixed crowd.

Disappointing as it was for TOY’s expansive sound to be so condensed, and irrespective of the sound problems hampering the band throughout, their live show leaves you with that familiar woozy sentiment that you can’t quite place, and we love that.