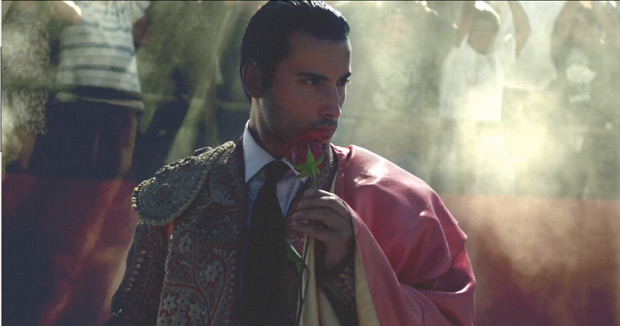 Alt-J are right old clever clogs. Not only is their album a stunning example of modern song-writing, but their music videos are tantalising and visionary too. Championing independent filmmakers with passion rather than desire, the band’s fourth official video continues in the same vein of creativity as the previous three. Something Good is a song about the death of a matador, the event of which, and I quote, “acts as an analogy for the slow mending of a broken heart through fun distractions”. As you might then expect, the video is a romantic portrayal of the bull fight in all its bloody glory. By now you also might expect it to be beautifully shot, with a great balance of action and atmospherics, which of course it is. My only foible is the man wearing a pair of incongruous Vans Classics at 1.26, but that’s just me being pedantic. It’s an exquisite vision, elegantly executed, and most certainly another feather in Alt-J’s cap.

Tagged with → ALT-J • An Awesome Wave • Something Good