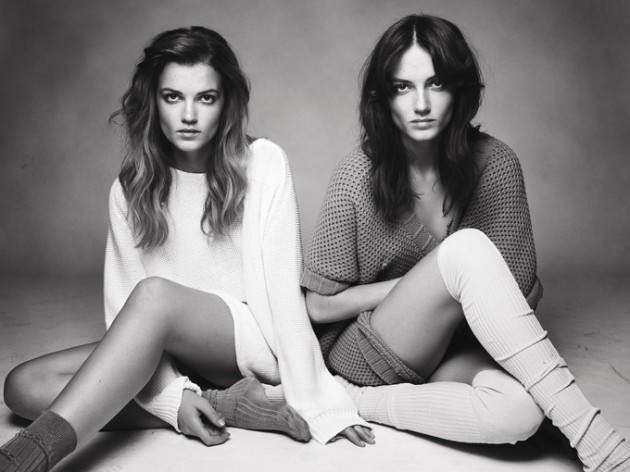 The combination of their dual Swedish/Australian heritage means twin sisters Saint Lou Lou are very nice to look at. That’s not to say that we agree with the idea that female artists are only there to provide the eye-candy whilst the men do all the work, but when you fill your Tumblr with tantalising black and white photography instead of your music, as Saint Lou Lou have done, you kind of set yourselves up for that snap judgement. It doesn’t help their cause that there’s almost no biographic information about the duo at the moment. All we can really tell is that Saint Lou Lou are subscribing to the idea that being enigmatic will get you attention. We also know that they’re doing a bloody good job of it.

Having their lead single ‘Maybe You’ released by perennially hip French label Kitsune on August 27 proves that the sisters have a fair bit of talent behind their pristine visage. The track is almost so clichéd it hurts, but it’s so dreamy, and so luscious, and so perfect for a shimmering, soft focus, slow motion video, that the fact that it’s almost entirely predictable doesn’t matter one little bit. Saint Lou Lou’s Tumblr is simply adorned with the tagline ‘The Saga Begins’, and although it’s incredibly early to tell, if they keep this up they should certainly make a few more waves in coming months.