We’ve slightly shamelessly pinched this concept from a little known radio show called ‘Desert Island Discs’. So you can get to know a little more about our writers, each fortnight one of us will pick six tracks and a book which we want with us if we were stranded on a desert island. We’ve dropped the luxury item, assuming that it’d be a record player or MP3 or something to prevent the track choices being entirely useless. 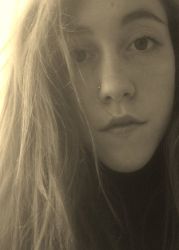 Before I start, it has to be said that this was quite literally one of the hardest decisions of my life. I mean, what do you take? Something that means a lot to you? Something that holds so many memories? Something you used to love? Something you love now? Because, honestly if I was told on the spot I was being placed onto a desert island, who’s to say that there and then I’d actually pick any of the below?

To me, Kevin Parker is frankly one of the world’s greatest musicians/geniuses/people. I don’t know what I’d be up to now had I not been introduced to Tame Impala, but to me now, Tame Impala are LIFE. One of the most unique sounding bands with one of the greatest lyricists, Tame Impala are somewhat of a miracle in the music industry; everything they do is perfect and quite frankly no one makes music like them. ‘Solitude is Bliss’ sees flying kaleidoscopes and whirling synths, etched over plucky guitar riffs and that deep rumbling bass that is so infamous to Tame Impala. When Parker yells ‘You will never come close to how I feel’ I can’t help but think, actually your music probably is making me come close to how you feel, because honestly their Aussie psychedelic sound makes me feel like I am actually on top of the world.

If by any chance I stumbled across a bamboo shack that happened to have a karaoke machine, how could I not take this track? After all BRITNEY IS QUEEN. ‘Toxic’ is full of opportunities for old skool slut drops and feeling sexy. Her gruffly, strong vocal with the odd auto-tune, over screeched sounds and a fast paced beat is just made for the perfect party piece. ‘I’m addicted to you; don’t you know that you’re toxic?’

La Shark – Sum It Up

The most unlikely of band’s to have supported The Maccabees, ‘Sum It Up’ is taken from the band’s debut 8 track EP Limousine MMMM… With lyrics such as ‘You’ve got a high-street sex shop and just one dick’ kind of “sum up” La Shark as what I call a ‘banter band’, they don’t take themselves too seriously and their songs are somewhat genius. Whilst stuck on the island this would just release my care-free attitude, enabling a sing-along with tonnes of lols. This track is somewhat pop-punk with a raunchy twist, whilst it all seems like one big joke, their lyrics are surprisingly clever.

It would be impossible for me not to take an AM song, after all they are one of the greatest indie stories the British music industry has to offer. ‘Brianstorm’ has to be ONE of my favourites, just for proving why they are at least, this generation’s most impressive alternative band. In 2:53 mins they encapsulate their undeniable talent, as they pack in a quick pace, with its stampede of guitar and bass riffs, along with Helders’ (arguably one of the best drummers of all time) flawless drum skills, and of course Turner’s honest and saucy lyrics. A track that makes nearly every party playlist, regardless of whether you’re a fan or not, this is the ultimate song to air-drum and head bang to. Enough said.

The Who – Pinball Wizard

The Who – one of the most iconic bands of all time. They’ve shaped many renowned bands and been an inspiration for many. I mean where would music be right now if The Who hadn’t of formed? And who the frick wouldn’t want to be Keith Moon?! I had to think long and hard about which track I would pick from their impeccable back catalogue, but settled with ‘Pinball Wizard.’ I choose this track pure and simply based on its intro. Those sparkly guitar plucks and jingly riffs are enough to induce any goose bump onto my spine. And the second you hear ‘Sure plays a mean pinball’ along with Moon’s drum roll, you just know it’s a classic.

What beats a bit of teenage BBC? Full of youthful angst, relatable lyrics to every one of us and a cheerful guitar bop? Out of their three great albums, various EPs and demos, I choose ‘Always Like This’ taken from my fave LP of theirs – I Had The Blues But I Shook Them Loose. I picked this based on the fact that this one probably means the most. A song that as group we played tonnes at parties and it was one of the first songs to truly throw me into a love for the indie-pop genre. Over a gentle beat of groovy guitars licks and tentative bass riffs, its emotive lyrics just pull at my little heartstrings; and it’s fair to say, many tears have been shed to this one whilst sobbing with a coarse voice ‘I’m not whole.’

(Can I just say the whole Horrid Henry collection?) 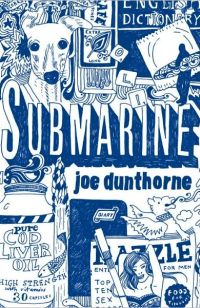 I couldn’t decide whether to go for a typical classic like ‘Wuthering Heights’, or a favourite of many musical lovers ‘On the Road’, instead I settled on ‘Submarine’ a novel by Joe Dunthorne. The story itself is more famous for its film adaptation, directed by legend Richard Ayoade (aka Maurice Moss) with a beaut of a soundtrack written by none other than Alex Turner. The novel follows 15 year old, Welsh-lad, Oliver Tate who is obsessed with edgy, rebellious Jordana Bevan, concerned about his parent’s marriage and desperate to lose his virginity. With Tate’s infatuation with his own cleverness, the book upholds stylistic devices such as including a ‘Prologue’ and an ‘Epilogue’, along with Oliver’s dictionary word of the day. Its cult-comedy value and smart wry tone, makes for a funny, personal and intellectual good-read.