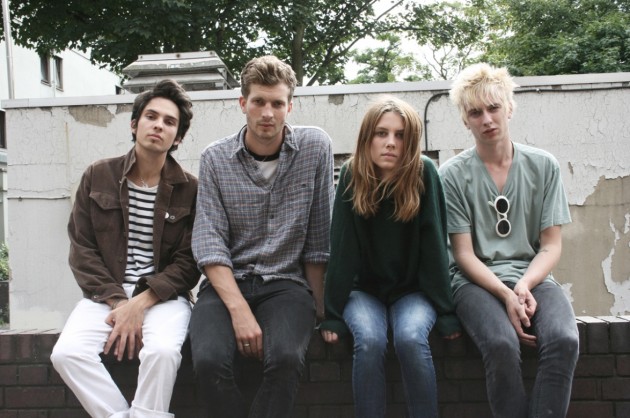 After announcing their latest EP, Blush, Wolf Alice unleashed a preview on Huw Stephens’ Radio One show last night. And my golly what a cracker it is.

‘She’ opens with a stormy guitar intro and for a while you question whether this is actually a Wolf Alice track. Then Ellie Rowsell’s distinct, ghostly vocals kick in. The band subvert what you might expect from a female fronted group. By diving deeper than they ever have before into the world of grunge-rock and proving that whispered vocals can be just as hardcore as any growl from a fat, hairy, motor-biker of a lead singer. Nothing girly here.

Like all Wolf Alice songs, the track centres around Rowsell’s simply-realistic yet uniquely quirky lyrics. This, combined with an unearthly bass and roaring guitars, results in a hauntingly-moody sound and in summary, this song could possibly be the definition of 90’s angry girl rock revivalism.

Pre-order it from Rough Trade.

Along with the release of their debut EP, Wolf Alice are also set to join B’Town boys Swim Deep on tour this September, as well as adding a headline date at Dingwalls, Camden October 30th.