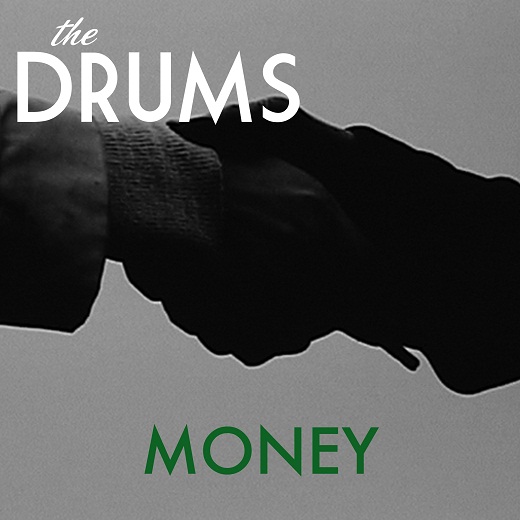 The Drums were 2010’s band of choice – to hate, that is – amongst music lovers the world over. Personally, we like them. But we see where those haters are coming from. The New York band are all Barbie doll hair, preppy clothes, Morrissey-isms and definitely, unashamedly POP. But then Adam Kessler left and things got real interesting. Bitter and angry, singer Jonathan Pierce blasted Kessler for apparently never bringing “anything good to this band”. Blimey. Only last month they suggested they were close to splitting up amidst stylistic differences, but it looks like they’ve directed all this angst towards a new album, Portamento, slated for release on September 12th.

The first single off the LP dropped recently, and it’s a corker. ‘Money’ channels the same dark-pop roots of their eponymous debut, but it’s even more catchy than anything they’ve done before. No whistling, mind you. It’s also one of their most Smiths-ian tracks to date, opening with the line “before I die/I’d like to do something nice” and launching headfirst into their trademark galloping surf-rockabilly. Like many of the tracks on The Drums, underneath all the bounciness lies some very dark lyricism. Find the track listing for Portamento below, and watch the new video for ‘Money’ while you’re at it.