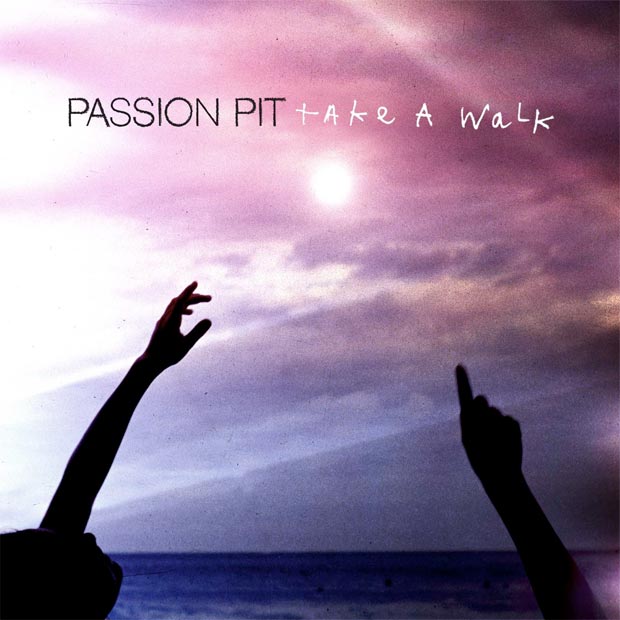 From the band that surged their way to the forefront 2009’s summer soundtrack with the hyperactive beats and shimmering synths of ‘Little Secrets’ and ‘Sleepyhead’, comes the stomping ‘Take A Walk’. Stylistically, the band’s striking and playful sound propels the track, and is as invigorating as ever, despite being more sonically stripped down than their previous records. Frontman Michael Angelako carries a newfound angst in his lyrics, having recently said at a press release that “the lyrics on this album have a lot to say about what the last two years of my life have been troubled with.”
And, unlike many artists’ utterly heart-wrenching dilemmas of having to deal with fame, clubs and far too much money, ‘Take A Walk’ comes as a refreshing change with its references to bad investments, over-drawn banks accounts and pension funds, all set to an optimistic and colourful beat as we are reminded that “times could be much worse”. Guaranteed that after you’ve played it once, you’ll keep coming back for more.

Passion Pit will release Gossamer on July 24th with Columbia records, the highly anticipated follow up to their 2009 album Manners.