Of Monsters and Men – Little Talks (The Knocks Remix) 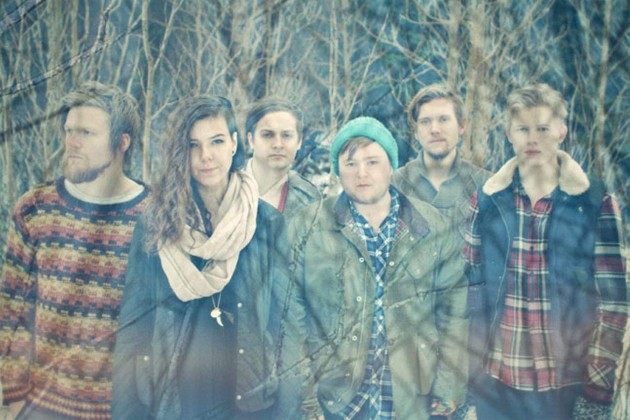 Of Monsters and Men are a six-piece indie folk band from Iceland, featuring five lovely men, one lucky lady and a lot of knitted jumpers.
Their sound is an eclectic and lively mix of vocals, accordion, melodica, glockenspiel, piano, trumpet, drums, guitar, and a lot more guitar.

The band only formed in 2009, and since then they’ve gone from strength to strength. In 2010 they won the Músíktilraunir, an annual music competition in Iceland, and about a year ago they released their debut album “My Head Is an Animal”, in Iceland. Both the album, and the track ‘Little Talk’, hit No. 1 soon after release. Most impressively, perhaps, the band have successfully penetrated the American Top Ten this year.

Earlier this month, The Knocks, an electric music duo, produced a remix of the band’s No.1 hit ‘Little Talk’. I was nervous to hear the remix, already in love with the original, and put it off for a while – how could The Knocks possibly improve an already perfectly delicious song? Well pigs will fly, because by Jove it is good. At the beginning of the remix, The Knocks replace the brassy backing with a beaty bass line, causing a sparser, but more electric, sound. As the chorus develops, however, the jazziness creeps back, creating a fuller sound and a lively busyness about the track. The remix also includes an extra 30 seconds of an affected base guitar and piano mix, making for a funky trail off.