Miles Kane – Give Up 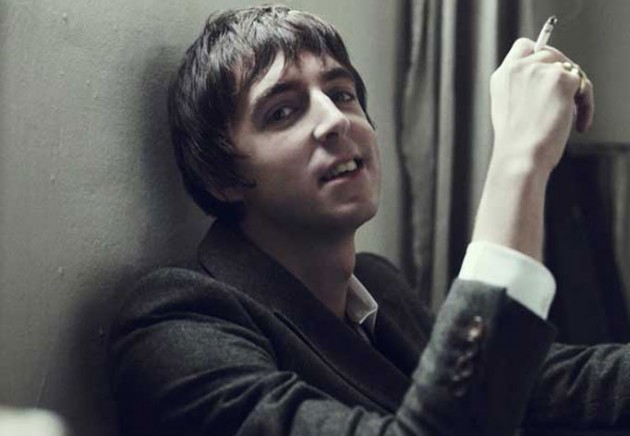 Very recently I got into a tiny tiny Twitter spat with someone who had put forth a list of ideas about how to broaden the term “guitar music”. Now, she probably thought I disagreed with everything she wrote, but she actually made some pretty good points. HOWEVER, and it’s a big however, she also wanted to take away some of what makes rock and roll actually rock’n’roll. Miles Kane is part of a group of music-makers out there who give us the simple stuff. The instant tuuuunes. The raw power. The looking cool as fuck even when you’re just going out to buy a pint of milk. Take all that away and you’re left with, like, Travis or something. Sometimes I don’t want to analyse a song to be able to “get it”, y’know?

That’s why I like Miles. And why, for me, if guitar music is coming back for 2013, like it was meant to last year, and the year before that, and every year since 2006, it needs to sound a bit more like this. ‘Give Up’ has attitude; the winding sitar-like riff showcases his still underrated guitar prowess, while everything else seems to hit just a little bit harder than on Colour of the Trap. It echoes Kasabian, Oasis, and, depending on where you’re standing, maybe a little bit of Hard-Fi. Eesh. That’s only because of the massive chorus, mind you. Sure, it’s got kinda dumb lyrics – “you’re pretty good looking, but I’m looking for a way out” – but it snarls with an attitude that the likes of Alt-J really miss. It’ll never win any awards, and it doesn’t smash watermelons to get that “perfect percussive sound”, but I bet Miles Kane has an absolute riot playing this live.

I could end up getting a lot of music purists’ abuse for this, but hasn’t rock’n’roll always been about the girls, the groupies and the good tunes?

Tagged with → Colour of the Trap • Give Up • Miles Kane • Rock