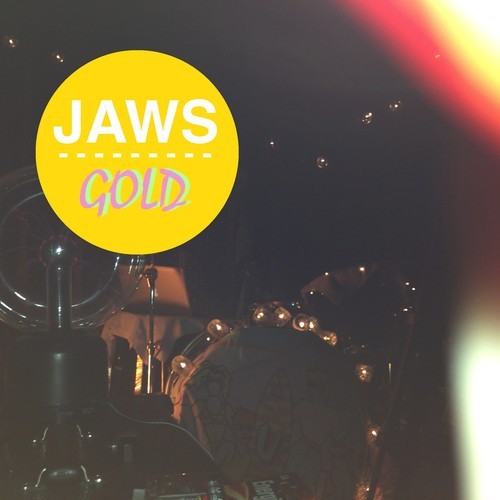 Earlier this month, Birmingham boys JAWS revealed that new track ‘Gold’, is to be released as their latest single since their dreamy debut EP, Milkshake. The EP (released 22nd April this year) established the band as a key name in the ‘B’town’ movement, alongside fellow musicians Peace and Swim Deep, with the record selling out in a short period of time.

There had quietly been a lot of talk about the new track; excited remarks from fan’s who had attended live gigs and the odd comment or two from listeners of Huw Stephens’ Wednesday night show, had been circling the JAWS fan community for some time. On June 13th, ‘Gold’ finally hit JAWS’ Youtube and Soundcloud channels and almost immediately Tumblr and Twitter news feeds went into a total frenzy.

Although ‘Gold’ still conveys the usual JAWS grunge pop, it appears to be less serene. The track issues a more exuberant and energetic feel, aided by vocalist, Connor Schofield sounding slightly less ‘monotoned’ than usual. Whilst the song as a whole seems fairly upbeat, the heavy guitar riffs at the chorus, accompanied by the plea ‘Take me. Take me where the gold drips from the sun to my back’, present distressed vibes, giving a rather powerful image of the complete desperation for escape.

Looking back at demos of ‘Cameron’ and ‘Holy Cat’, is a cheerful reminder of just how far JAWS have come in such a small amount of time, and just how far they can go. ‘Gold’ is due for release on July 29th via Rattlepop Records.