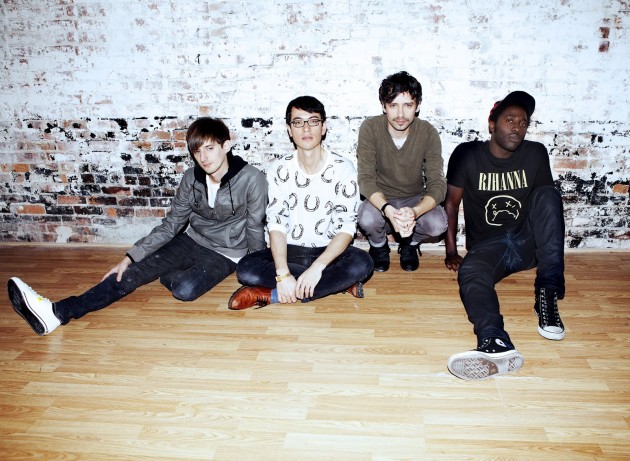 It happened to Alex Turner. And to be honest, it’d happen to you too. Imagine you’re in a band. You head out to America, to California to be precise, and get caught up in the Palm Desert Scene. All of a sudden you’re in a studio, playing through a few songs, surrounded by Josh Homme, Jesse Hughes, and lots of other intimidating men with handlebar moustaches. Josh turns to you, and slowly says, “Now, I’ve heard your band…have you heard my band?” with a terrifyingly gritty drawl, and all of a sudden you’ve completely changed direction, turned heavy as hell, and have abandoned your roots entirely. Now, while the Artic Monkeys embraced this change with open arms, it seems Bloc Party kind of tried to commit to a heavier direction, but panicked, never actually went to America, and recorded something rather drab in London as a result.

The problem is there are a fair few tracks that attempt an entertaining, more ballsy approach on Four, but for those tracks that don’t try anything new, the enduring feeling is one of regret. And it’s because Bloc Party used to be a band capable of evolving; emerging with each subsequent album as a different form of their previous selves, yet retaining some of their core integrity. This can be surmised by a bit of lyric manipulation. On the track ‘V.A.L.I.S.’ Kele sings “He’s not the real me, but I can hear/I can hear, I can hear him/From my future.” Now change that last word to ‘past’ and you’ve got the album bang on. Bloc Party aren’t who they used to be, but Four hasn’t created enough of a new angle to escape comparisons to their earlier work. The aforementioned tracks that don’t push the boundaries sound like unreleased tracks from their previous records, not new ones, and because of the strength of their discography, you will probably be better off skipping tracks like ‘Octopus’, ‘Day Four’ and ‘Truth’ and just spinning Silent Alarm again. It’s actually really sad, because just like a whole host of other mid-noughties favourites, it would seem Bloc Party are just the latest victim of the fade into average. 5/10