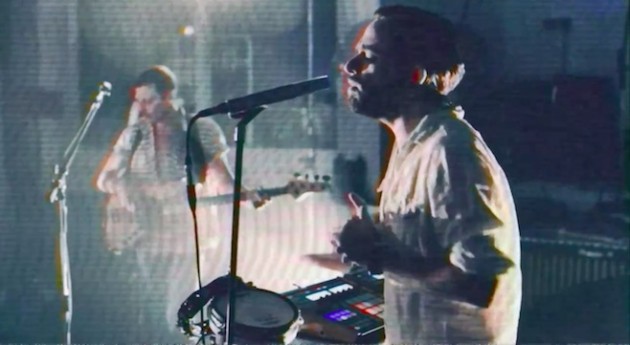 Yeasayer aren’t ones for keeping things simple. Instead of just playing the album version of ‘Reagan’s Skeleton’ over a quirkily themed video like they have done so well in the past, the band decided to re-record a new take of the song under the header the ‘Pool Sessions’, and release that as the official video instead. Unfortunately, as a result there’s not a great deal to say about it. It looks like a 1985 MTV VHS recording, which is all kinds of awesome, and channels a similar vibe to their pre-album vignettes, but apart from that it’s just four guys playing the song in a pool. Damn, it seems they do like to keep things simple after all.