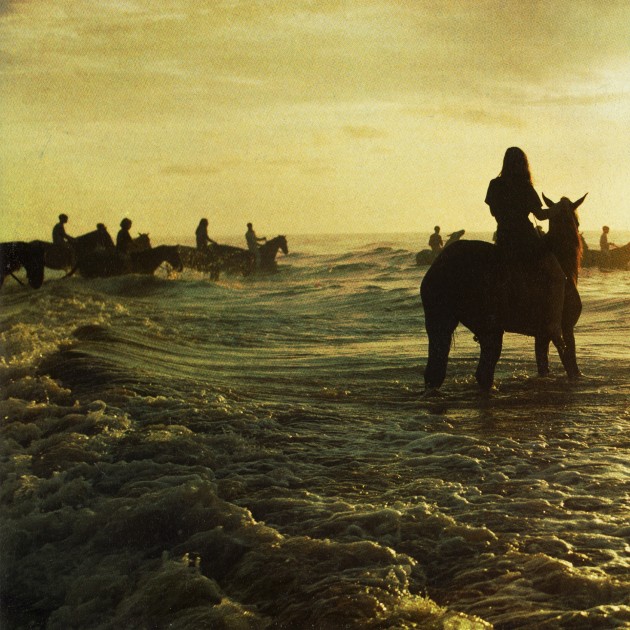 Foals‘ latest single ‘Inhaler’ had its video premiere on NME.com earlier this week. This is the first glimpse at eagerly anticipated third album Holy Fire. Foals caused a bit of a social media storm at the weekend by encrypting their official website with a codebreaker in order to access some album teasers.

Directed by Dave Ma, ‘Inhaler’ has all sorts going on. Parental advisory: explicit content marks this video out. It opens with 30-ish people sitting on the floor of what appears to be a multi-story car park, swaying slightly to the new riff the website looped at us for a while. Then they all lie down. The boys themselves are looking great. All cool outfits, playing in a skate park covered in black and white graffiti. A guy in headphones starts rocking out. A girl gets some lungs tattooed on her bare chest. All in all it looks like it was probably a pretty fun video shoot. Yannis Philippakis told NME how “at one point during the filming of the video we were playing and Dave just started shooting fireworks at us. It’s that kind of freedom that you wouldn’t normally get on a video, mainly because it’s illegal.”

Someone must have bought Yannis an effects pedal for his birthday, and then injected steroids into the bass-line. Its rocky; there’s fireworks and BMXs; there’s an occasional nipple. We like it.

Inhale. Exhale. Do a dance a bit like Thriller in a car park, and if you can, catch the Foal’s tour in December. Holy Fire is due for release February 11, 2013; download ‘Inhaler’ now.