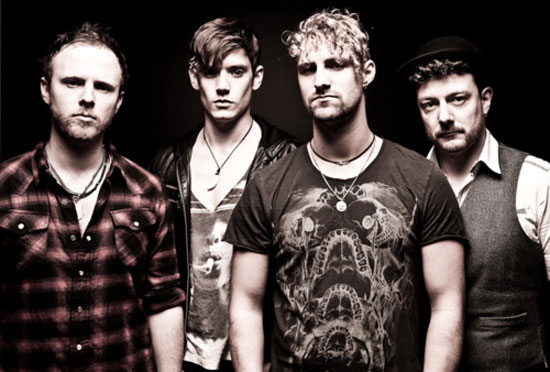 Skinny Machines are a four-piece, (dare I use the term) ‘indie-rock’ band, who came together when studying in Belfast. You probably know the drill: Anglo-Irish boys, beautiful voices, skinny jeans and a whole lot of facial hair.

Their work embraces complete lyrical honesty, offering relatable and frank descriptions of everyday relationships, delivered by singer Jay Marsh, whose mellow, lilting and utterly lovable voice contrasts the energetic acoustics. Their single, ‘Pleasureseeker’, features pure lyrical brilliance with lines such as; ‘It’s not like you’re the queen of hearts, you were the walrus from the start’.

The Irish foursome, however, have only recently begun producing under the somewhat pretentious name Skinny Machines, and could have, before this year, been found playing sets in ‘The Black Box’ in Belfast under the name The Brent Flood. Unfortunately, despite their two EP’s, a single on itunes, and a strong feature on the ‘Jack Wills Unsigned Album’, the Irish band had only a small YouTube following (with only 1500 hits on their most popular track), and an amateur collection of music videos filmed in the boys’ basements. The Brent Flood, it would seem, had been struggling to stay afloat.

That was all to change. The boys got lucky, were signed, traded in their scruffy checked shirts for some eye-liner and a whole lot of All Saints clothing, and hit London with their new album Wrong Side of the River in 2011. The album doesn’t ooze with the same endearing nonchalance as their early work, and has certainly taken on a “BiffyClyro-esque” persona, (with much heavier guitar than featured in their EP’s) but boy they’ve still got it. Enthusiastic to remain in small venues and grotty bars, Skinny Machines have kept their edge, and with charisma, catchy melodies and such lovely chiselled features, what’s not to like? Watch this space…who knows, perhaps they’ll be calling themselves something different in a few months’ time!