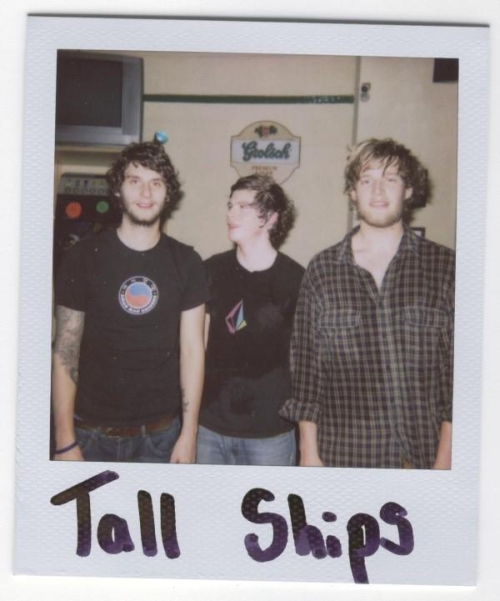 Support acts are notorious for being dull, misplaced or just plain awful. So watching Tall Ships supporting Los Campesinos! last year, I was surprised at how much I was noticeably enjoying a support band. And I had good reason to be enjoying myself. Tall Ships’ first two EPs, Tall Ships and There Is Nothing But Chemistry Here showcased a band who had seemingly perfected the divide between Explosions in the Sky style post rock and Alcopop’s brand of emo pop. With their debut album Everything Touching due on October 8th and a headline set on the BBC Introducing stage at Reading and Leeds, you’d be well advised to check them out on their tour around the country. It may be the last time they’ll be playing in such small venues.
Listen to: ‘Chemistry’ – An extended instrumental introduction acts as a tense build up and just before the storm seems to hit all goes calm, vocals come in and you realise why Tall Ships are going to become really popular very soon.