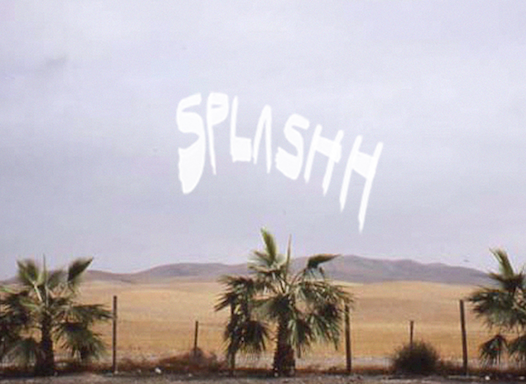 SPLASHH aren’t exactly boundary-breaking genre-pioneers but neither are they run of the mill flimsy guitar pop. Their take on surf/garage is actually rather refreshing for the genre as all members in fact hail from England. More specifically, London, and that British tinge is enough to steer them away from being pigeonholed by the genre. Since forming the band in February this year SPLASHH have debuted around 3 songs with the promise of more on the way, and all songs come with the pleasurable feeling that you’ve heard them before, instantly settle into a comfortable likability, not too challenging but interesting enough to let them blissfully wash over you. Their first official release is on rising label ‘luv luv luv Records’ of Spector fame is ‘Need it’, released on 30 July follows much in the same vein as the others: reverb-fuelled, psychedelic dreamy beach music providing a sublime soundtrack for feel good, carefree summer nights as well as equally excellent B-side ‘Headspins’. Obvious comparisons within the genre include Beach House, The History of Apple Pie and Howler and the band actually supporting Gatesmith & Co. on a recent UK Tour. Predictable? Possibly. Consistent? Definitely. Boring? No chance. SPLASHH aren’t a band who’re going to change your opinion on life, the universe and everything but tracks such as ‘All I Wanna Do’ and ‘Washed Up’ inject youthful bursts of sunny haze and prove very promising for 2013.

SPLASHH are playing Gathering Festival in Oxford on the 20th of October so be sure to check it out.