We’ve slightly shamelessly pinched this concept from a little known radio show called ‘Desert Island Discs’. So you can get to know a little more about our writers, each week one of us will pick six tracks and a book which we want with us if we were stranded on a desert island. We’ve dropped the luxury item, assuming that it’d be a record player or MP3 or something to prevent the track choices being entirely useless. 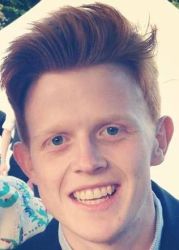 James has been writing for us since August 2012. Currently a third year English undergraduate at The University Of Coventry, he also writes his own blog, Balthazar Music, which has attracted over 110,000 page views in a little over 24 months. Pastimes include exhausting The Smiths discography, shopping for typewriters whilst simultaneously trying to gain respect in an anti-ginger world.

My list would not be unabridged without the inclusion of the songwriters who changed everything. A lot is made of ‘musical epiphanies’, that is to say, moments in which you realise the power and substance that can be created through pieces of music. It was no different during my adolescence. Wandering around, listening to Hadouken! whilst wearing a t-shirt emblazoned with ‘MAKE MUSIC NOT MISSILES’, I was utterly captivated by The Smiths and in particular Morrissey. His writing is so textured and layered that it will be forever impossible to completely analyse. ‘Rubber Ring’ wonderfully combines Morrissey’s signature Northern wit with a sharp vocal and an unmistakably Johnny Marr riff (Johnny Marr = pretty bloody legendary).

There are certain performers who just connect with you, aren’t there? They may not be the most critically, or commercially, successful. Or even critically or commercially viable. Nick Cave is a mesmerizing performer who breaks as many conventions as he begins. Many raised eyebrows when he announced he was duetting with Kylie Minogue on track ‘Where The Wild Roses Grow’, but there was never any need to doubt him, was there? A truly beautiful cinematic track which is as horrifically bleak and chilling as the majority of Cave’s other discography. Still, nineteen years later, Cave remains as important as ever.

Nick Drake – Time Has Told Me

A solemn, mellow number from one of music’s brightest and most tragic performers. Nick Drake was taken far too soon and doesn’t get the coverage that Cobain, Curtis et al receive, but is undoubtedly one of Britain’s finest musical craftsmen. ‘Time Has Told Me’, the opener from his seminal debut album Five Leaves Left, is an evocative melancholic funeral procession which was made to be listened to in the dead of night. A stunningly atmospheric experience.

“Will she remember my voice, while I fight the tears?” the prolific American songwriter asks us on his track ‘Martha’. Etched with heartbreak and loneliness, the track is a deep exploration of the full realm of human emotion whilst simultaneously proving Waits’ brilliant guitar skills and vocal. Years later, of course, he would see his star rise when Heath Ledger based his portrayal of The Joker on the legendary singer-songwriter. Pop culture depictions aside, Waits is a cultured performer in his own right whose musical output has far eclipsed his contemporaries.

The ultimate pop song from the ultimate performer. A riotous bomb of shameless fun, Debbie Harry was the optimum pin-up girl back in her day (some may say she still has it, of course). ‘Atomic’ was an amazing dancefloor filler, whilst ‘Heart of Glass’ soundtracked every dumped girl’s prom night for nigh on three decades. ‘Call Me’ was a different prospect entirely: made to sing, shout and dance to. Pop music has never sounded so good.

The shimmering funk, the electro-licked guitars, the sheer presence. It must be Chic. Or, in particular, Nile Rodgers. 2013’s breakthrough star (feels weird suggesting that, doesn’t it?) was responsible for the grooviest, sexiest and downright infectious pieces of music ever. The ultimate cure for loneliness, surely? 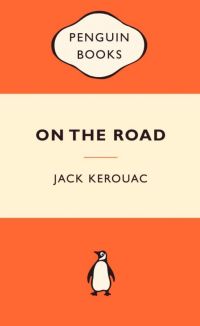 Jack Kerouac – On The Road

Perhaps a cliché, but has a novel ever perfectly encapsulated the endless positivity of youth? On The Road, a product of Kerouac and the Beat generation, tells the tale of Dean Moriarty and Sal Paradise – two young, good-looking writers who get caught up in the excesses of the American dream during their nationwide adventures. A must read for every teenager. Before Caulfield and James Dean defined the youth subculture, Moriarty and Paradise’s outlook on life was adopted by millions worldwide. A truly fertile period of American writing (Burroughs, Ginsberg, Kerouac and Carr were all close friends), the ethos of the book is still as relevant as ever.