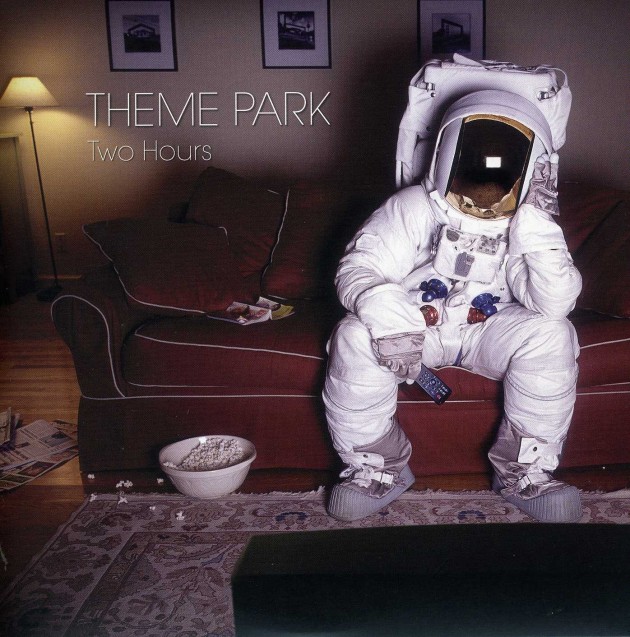 Earlier this year, Theme Park’s ‘Two Hours’ got single treatment, and now it’s been remixed and compiled with a few cover versions in a brand new EP.

The best thing with covers is to try and take them as entirely separate entity from the original. Unfortunately, this is really bloody hard to do. ‘Bloodbuzz Ohio’ is great, but Miles’s beautifully bass-y voice does remind us a little too strongly of Matt Berninger’s baritone in The National’s very lovely original. The tempo, however, has slowed. The piano and a typically Theme Park guitar line replace the drum beat but the vocals are almost interchangeable. It’s a good track, but then it already was.

Hot Chip and Theme Park are very different, so when the boys got their hands on ‘Ready For The Floor’, you can tell. The natural octave drop, combined with the laid back jammin’ we’ve come to expect gives the track a very new different sound. It’s lost the synth, the vocal remixing, and some of its mirth. The effect is more resigned and it leaves you with an inexplicable sense of longing. This EP has definitely left summer behind.

While the other two covers are good, ‘Wildest Moments’ is smashing. It verges on being a bit dark without the syncopated drum beat, clapping, guitar shaking things up. The vocals are lifted. The vocals sit delicately on top of the instrumentals. There’s a killer 80s sound to it.

The Two Hours EP is now due for release November 26th through Transgressive Records. ‘Wildest Moments’ can be downloaded for free via Theme Park’s facebook.