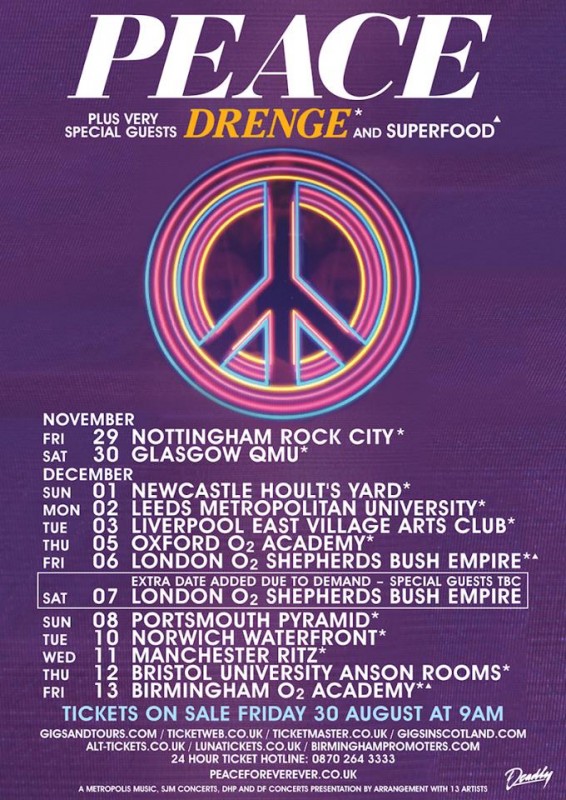 This tour is worryingly exciting. It feels like the first step on the next staircase. We’re probably going to play some new stuff. More importantly I’ve been promised a wardrobe case & explosive budget. Finally. – Harrison Koisser

To end a pretty good year for Birmingham favourites Peace, the band have announced their biggest tour to date. Supported by Drenge and Superfood, the boys will be heading out on a two week jaunt, ending in a home coming show at The O2 Academy, Birmingham. Tickets go on general release at 9am tomorrow and we’re expecting a sell out so might be an idea to be up bright and early.

You can read our review of In Love by clicking here.