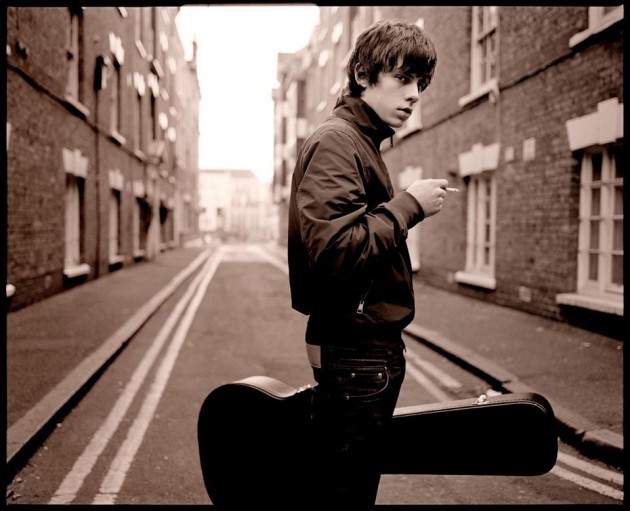 Jake Bugg is a Nottingham-born singer songwriter with copious amounts of promise. At only 18, this lad’s music is unbelievably raw, but it would be somewhat illusive to epitomise his style using a string of meaningless adjectives… He summarises himself that his main influences encompass the likes of Donovan, Jimi Hendrix, Don McLean and most typically, he notes; The Beatles. His cluster of inspiration appears to stimulate the apparent response that there’s a modest unconventionality about him, being so young. Regardless that it’s not actually as uncommon as people may think for today’s younger musicians to actively escape the ‘dope’ style abyss of snapbacks and chinos, it is however worth celebrating that this ‘unique’ musician is finally on the radar.

Jake began writing his own music when he was 14 after taking an immediate appreciation for Don McLean’s ‘Vincent’ when it was played on an episode of The Simpsons. Since then he’s welcomed a whirlwind of opportunities; he’s already appeared on the BBC Introducing stage at Glastonbury, The Review Show in February and most recently, Live with Jools Holland – do you reckon he’s arrived yet? Chances are you’ve probably already heard the finger-picking beauty of ‘Country Song’ featured on the Greene King IPA advert, though witnessing the endearingly pastoral lyrics perhaps made you picture a bearded American folk singer, no?
Signed onto Mercury Records, his latest single ‘Lightning Bolt’ is fittingly succinct; the two and a half minutes showcase the lucrative voice of such sixties authenticity even established folk-rock singers would be envious of. To watch the accompanying video, at first it looks like Miles Kane if he were to go country – there’s a Weller haircut and that effortlessly cool gaze with cigarette in hand. With its acoustically-driven riffs and menacing twang, the track adopts a likeness to his first single ‘Trouble Town’, but arguably with an even sharper edge.

Just the other day Jake Bugg announced dates for a UK tour; as well as playing an array of summer festivals, his self-titled debut album is anticipating its release on October 22nd this year. Considering the way things are going for this lad, I’m made up to be able to see him play at Y Not Festival in the summer, a “small, fresh, loud” weekend in Derbyshire. I wonder how the crowd will compare to the response he’ll get at the Festival Republic stage at Reading and Leeds.
There’s no doubt he’s going to be huge, you can listen to his latest single ‘Lightning Bolt’ below.